Scott Chacon, CIO of Github, On The Future Of Work: “Find Your Frustration And Fix It” [Video] 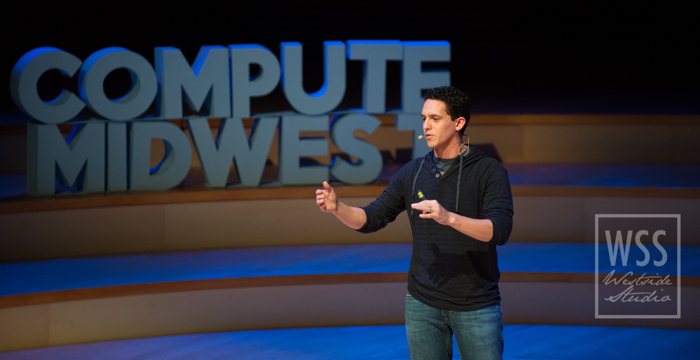 We’re excited to showcase the third in a series of exclusive speaker videos from Compute Midwest, one of our biggest tech events ever!

Today you’ll hear from Scott Chacon, Chief Information Officer of Github, his thoughts on the future of work and how software is changing how we operate within an organization.

UPDATE: his talk was featured in Fast Company! 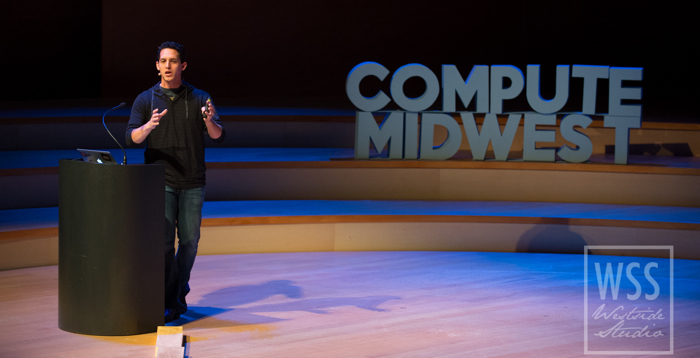 Software Is Eating The World

Scott kicked off his talk by describing where we were in 2000 and how software/mobile has evolved to make our lives so much easier.

People should think about problems they have, and ask themselves if it can be solved with good software.

“Find your frustration and fix it”

The Future Of Work

Scott believes we can create software to better provide guidance and structure within an organization.

To get people thinking about the future, he posed high level questions challenge current day thoughts about the way companies & people operate, including:

Meetings: Why do you have meetings? What are you trying to accomplish? Are you really getting done what you need to get done?

Workspaces: What are you trying to accomplish with your work space? Are cubicles useful or is an open space better? Do you even need an office?

Work hours: Do the number of hours matter? There’s no reason that knowledge workers need to work the same hours as factory workers. What is the point of setting a limit on vacation time?

Managers: Are there better ways of accomplishing management functions? Can we write software that delegates certain management tasks across the company to let leaders do more interesting work?

“There are smart people in any organization that can find interesting things to do….its when managers feel constrained by where they need to get in the company like what level of title they need to get or who reports to them.

When you have those things in your organization, it’s toxic. It makes people interested in that artificially, rather than just trying to do interesting things, make the company a better place and make the product a better thing.”

Hear Chacon’s vision for the future of work in the video below! 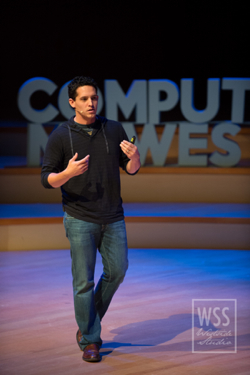 Scott Chacon is Chief Information Officer of Github, the largest code host in the world.

GitHub is the largest code host in the world, with over three million people who use the platform to build amazing things together. In 2012, the company closed a $100m Series A investment primarily from Andreessen Horowitz – one of the top VC firms in Silicon Valley.

With the collaborative features of GitHub.com, their desktop and mobile apps, and GitHub Enterprise, it has never been easier for individuals and teams to write better code, faster. 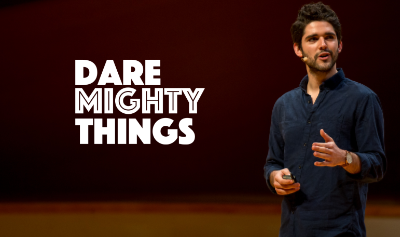